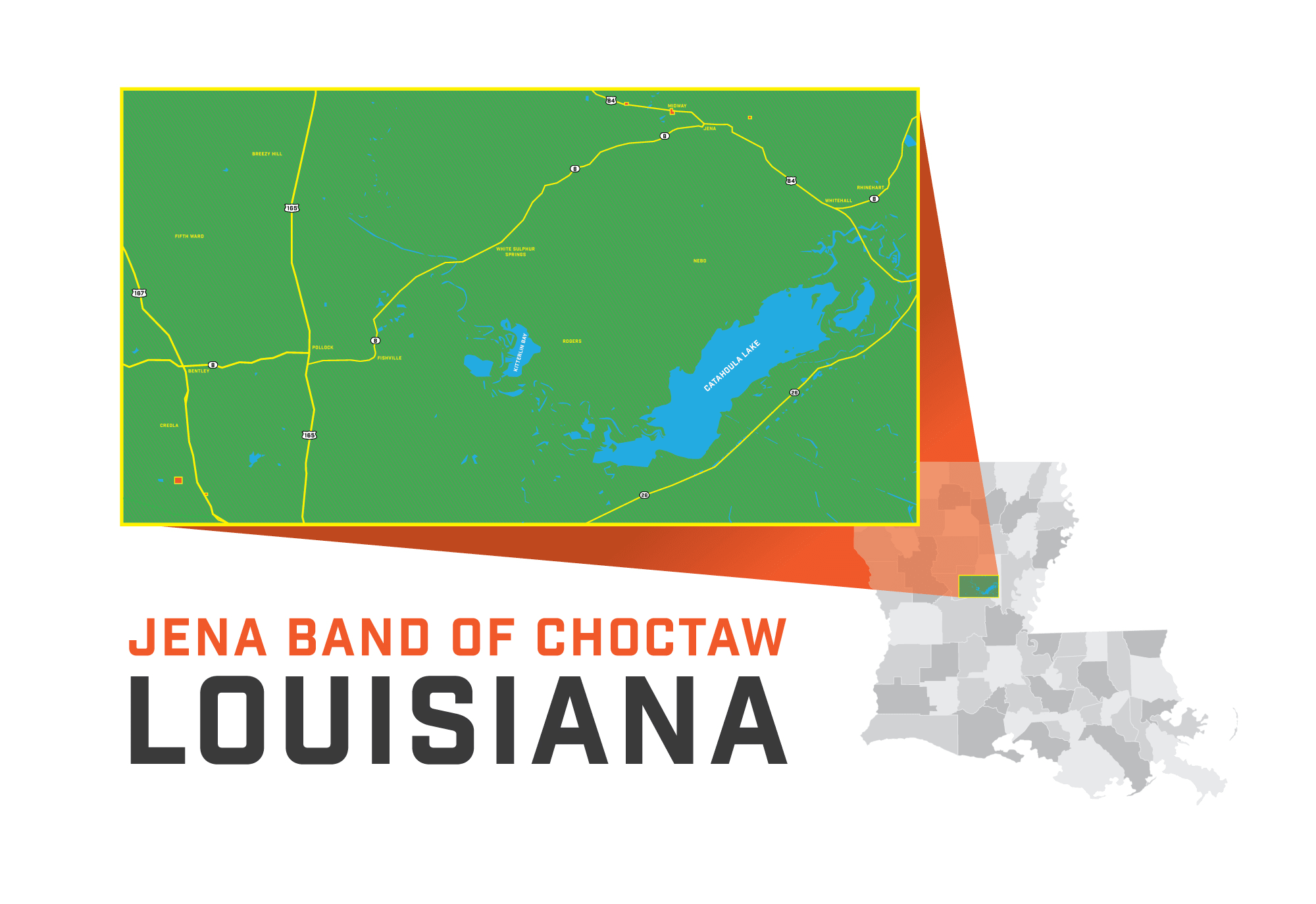 THE JENA BAND OF CHOCTAW INDIANS

The Tribe has a democratically elected form of government comprised of a chief and four tribal council members all of whom serve staggered four-year terms.  For the past four years, the governing body of the Tribe has been comprised of all women.  The Tribal Council has the right to promote self-government on the Jena Band of Choctaw Lands and acts pursuant to the Tribal Constitution duly adopted by the membership.  Judicial authority is vested in the Tribal Court created by the Tribal Council, and cases, including Indian Child Welfare and Tribal Families in Need of Services case, are heard by a Tribal Judge appointed by the Council.

Jena Choctaw Pines Casino opened in February 2013 features 46,000 square feet of entertainment with over 700 Class II gaming machines, live poker, a buffet, and sports bar. The Casino has karaoke once a week and features live bands or a DJ on weekends.

Miko’s Steak & Spirits is a tribally owned restaurant opened in December 2017 that offers patrons a fine dining experience in Jena.

Miko’s Gaming opened in January 2018 and is a Class II facility with 40 gaming machines.

The earliest recorded notice of the Choctaw Indians is about 1540 in the area of southern Mississippi and in the early 1700s near present-day Mobile, Alabama; Biloxi, Mississippi; and Natchitoches and New Orleans, Louisiana.

Choctaw Indians have been observed living in the vicinity of Jena, Louisiana since at least 1880. The group existed as a stable settlement of several families and about two dozen people until the 1910’s, living on the lands of local farmers and working as sharecroppers, day laborers, and household help.  Until the mid-1900s, The Jena Choctaw maintained a very insular community and a very distinct social institution with activities that included marriages, burials, and the maintenance of a tribal cemetery.

In 1974, the first tribal election of Tribal Chief was held. Subsequently, the Jena Band of Choctaw Indians was officially recognized by the state of Louisiana. The Tribe received federal recognition in 1995 through the Federal Acknowledgement Process.  The Tribe remained landless until 2003 when six distinct parcels comprising approximately sixty-four acres were taken into trust by the United States for the benefit of the Tribe.

Today, the Tribe continues to promote education in traditional Choctaw language and culture to maintain a sense of its Native American identity.  As a sovereign government, the Tribe strives to improve the well-being of its tribal members and those of future generations.